Further to our interest in Crnopac (South Velebit, Croatia) this summer was dedicated to another exploration there. This time in the cave Muda Labudova (-682m, 6335m*).

Muda Labudova remains not yet connected to the cave system Crnopac, while most certainly is part of it. Its potential is nothing but very promising and it seems like it is only a matter of time for Muda Labudova to become part of Crnopac’s cave system. 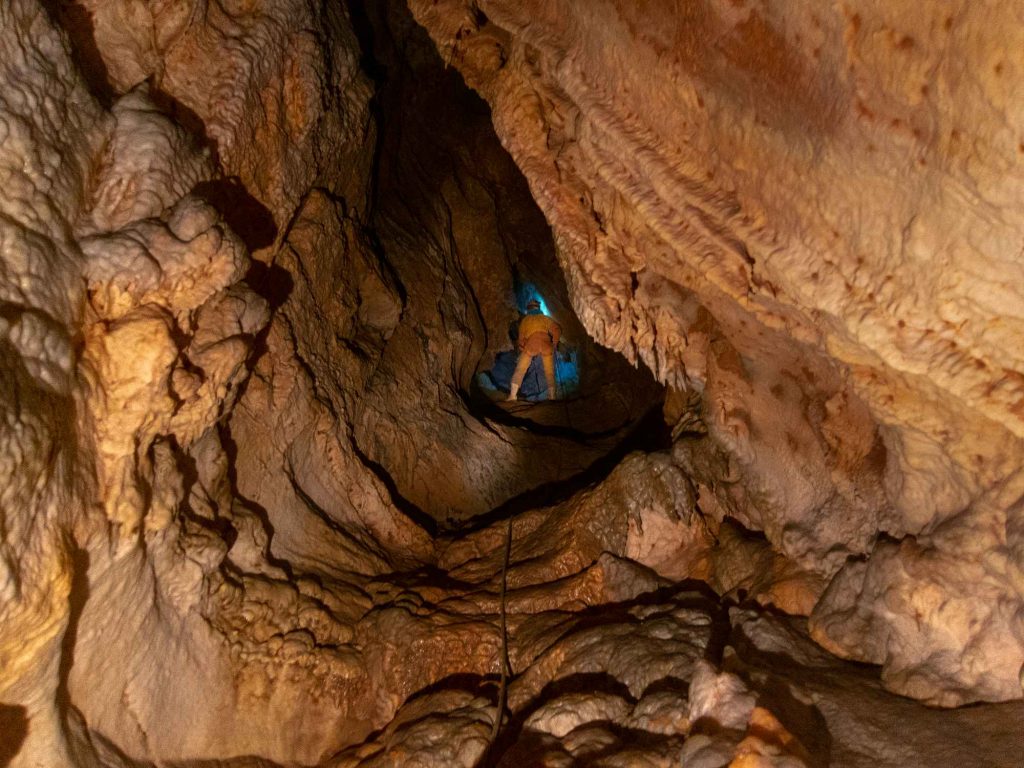 Cave system Crnopac (-797m, 44,338m ) currently has three entrances:
*These numbers are before the July explorations and soon will be updated with the new results

With Muda, one day, connecting to Crnopac, the system will be over 50km long.

More about Crnopac you can find here.

Our team consisted of 9:

The 25th of July (Saturday)  was arrival day, during which we had to organise the camp and deal with the equipment transport.

Our group was divided into two groups.

Camp I at -300m – this is where the majority of the group was accommodated. Camp I offers plenty of space, a close source of water and many places to check in the surroundings, including the closest known point to the cave system Crnopac. 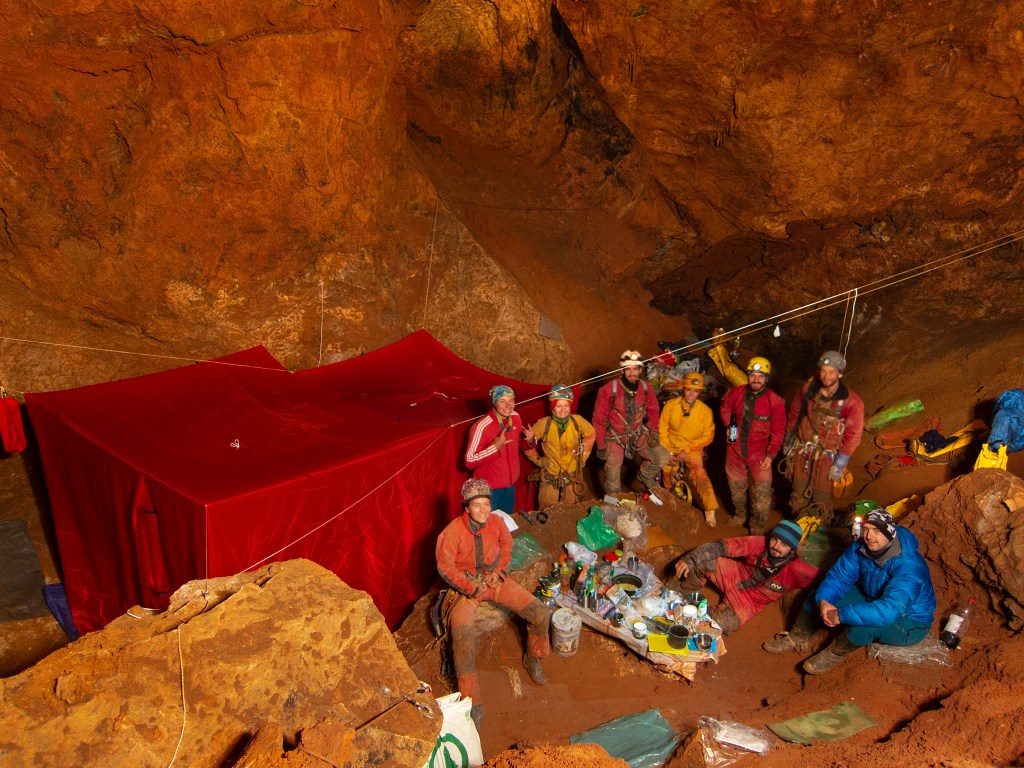 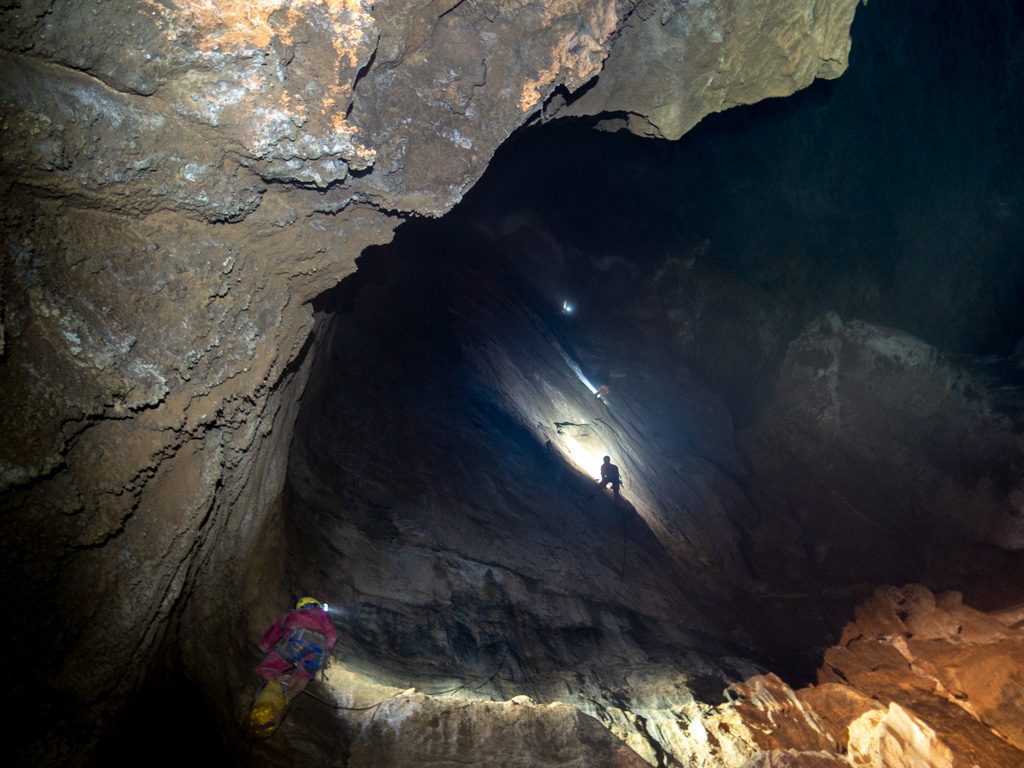 For both groups the stay in the cave started on Sunday and were all back on the surface on Wednesday.

For this period the group at camp I managed to:

Unfortunately nothing major was found, neither the elusive connection with Crnopac.

The other two members, hosted by another team of two from Kastav’s club Estavela, were concentrated on two areas, respectively at around -500m and -650m.

At -500m a promising vertical cascade was found. The team used 200m rope and almost all of the available carabiners and hangers, they managed to get to the depth of the current bottom, i.e. -682m. Due to the lack of more equipment the explorers stopped here and made a move towards the known bottom area.

At -650m, after a climb, there is a horizontal part with two small but challenging enough to pass through lakes. The following parts progress into a meander. Again, more equipment was needed to continue and the group stopped here.

On the 29th of July (Wednesday) the two groups joined again at camp I (-300m) and made their way out together.

Huge thanks to our friends from SO Zeljeznicar for absolutely everything! It was pleasure for all of us 🙂