Bulgarian cave explorations in North Albania started in 1991. Through the years interest, opportunity and success were changing. The continued explorations there brought to an establishment of a tradition for Bulgarian speleologists to visit the area of Prokletije with starting points, near the villages of Thet and Boge.

Taking into consideration that back then we had quite a modest experience, limited resources and social capital, Albania and the organised expeditions there were our first and only possibility for participation in exploration of new caves and regions. Moreover, for us this was among the not so many opportunities for international participation in a cave camp.

These involvement and participation were essential for building our club’s expertise and sense for long and challenging explorations at this early stage of our development.

We are thankful to the Bulgarian clubs, speleologists and friends who supported us in this period.

This is a brief overview of the speleo club ‘Pod RB’ involvement and contribution to cave exploration in North Albania.*

Maja Arapit cave and camp are located at the base of the Maja Arapit peak in Prokletije. The walking distance between Thet and the camp is around 1 hour.
The cave potential is in its positive elevation. Explorations there are mainly concentrated on finding new ways and continuation by climbing.

More about Maja Arapit can be found here.

Years and participants can be found below:

The cave was discovered in 2010. The first exploration started the same year (November) with a small team whose objective was to progress as deep as possible before the weather condition deteriorated.
The cave is near the peak Radohines (2570m) and cave Ru is located at 2225m. Ru has predominantly vertical character and is explored to -546m.
It takes 3 to 4 hours to get to the valley where the overground camp is located. The distance between the overground camp and the cave is approximately 1 hour through tough terrain. Тhe cave itself is posing considerate risks from falling rocks and floods.

More about cave Ru can be found here.

*Current club members who participated in the explorations of Maja Arapit and Ru but back then were not part of ‘Pod RB’ are as follows:

The idea for organising and leading a camp, outside of Bulgaria, which would be entirely carried by our club was born. Through this idea we were aiming at testing our organisational capabilities, setting an objective for the team and enhancing our experience.
For this exciting project we picked the already known to Bulgarian speleologists cave Cilikokave in North Albania.

More about Bulgarian cave explorations in Albania can be found below:

Some photos from these expeditions: 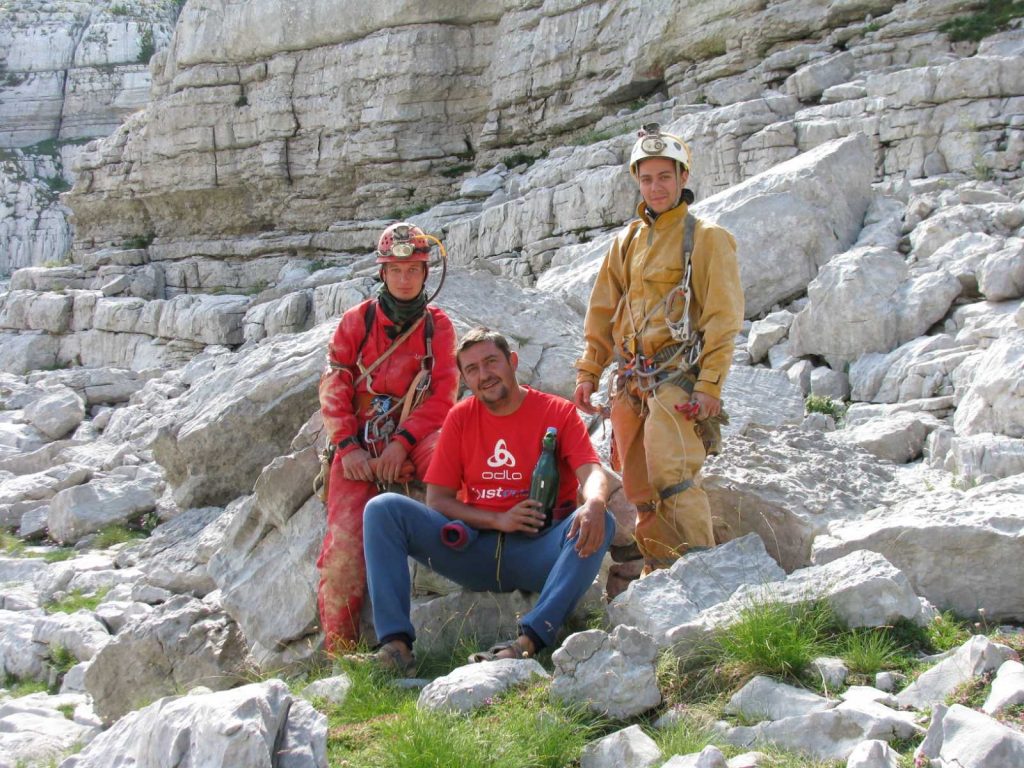 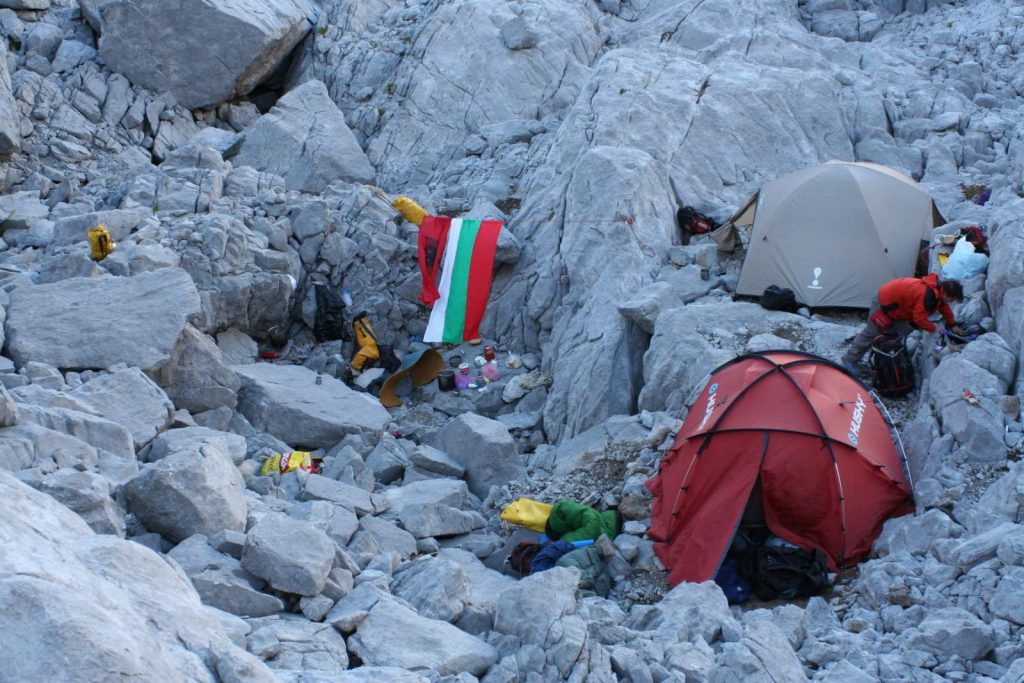 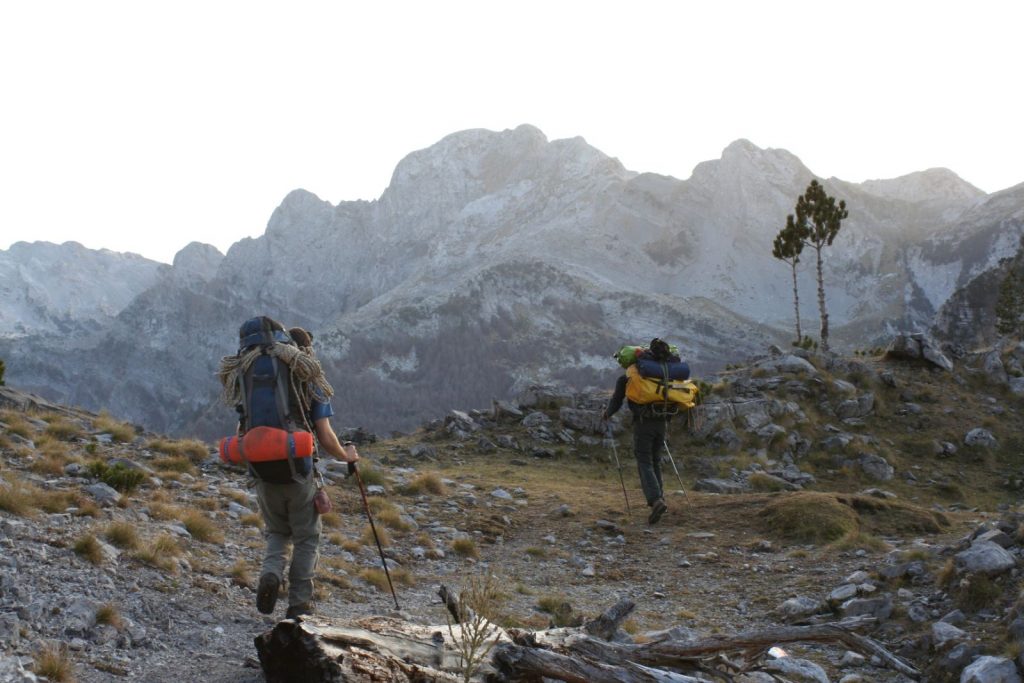 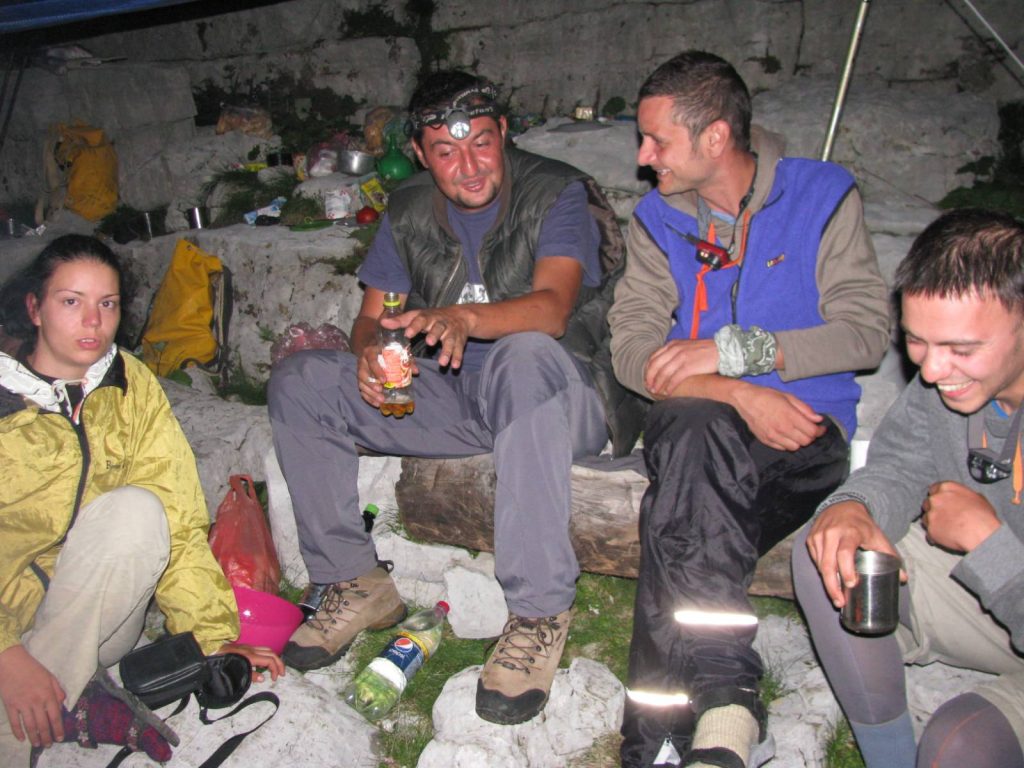 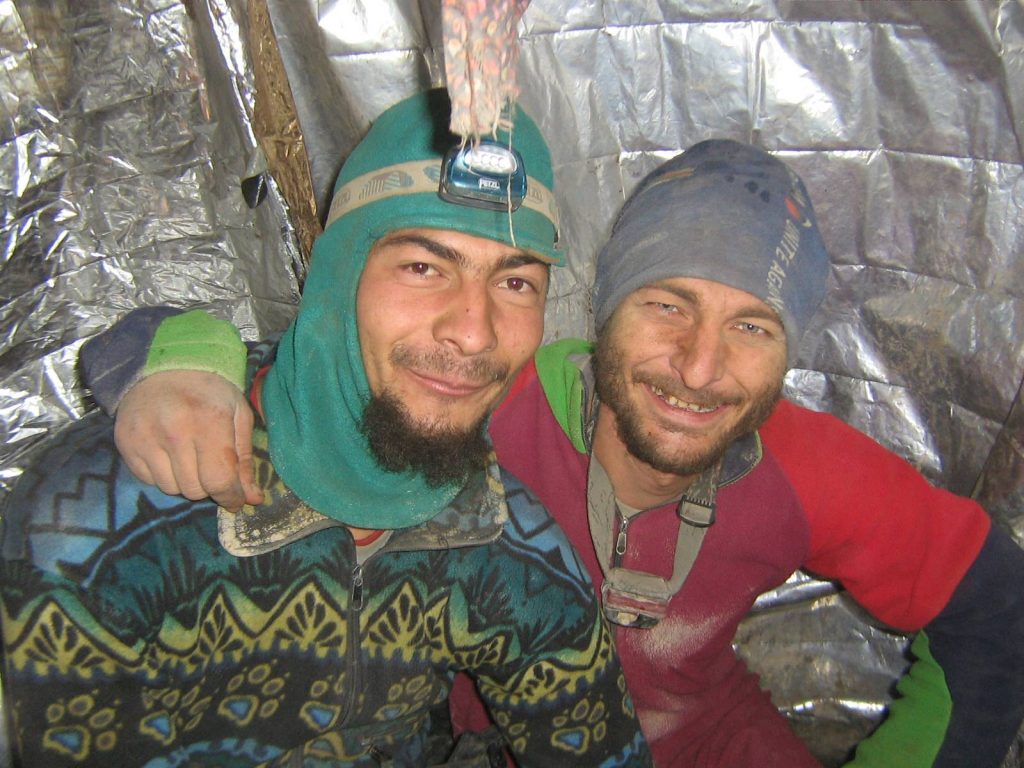 The not so pleasant bivouac in Maja Arapit 2010 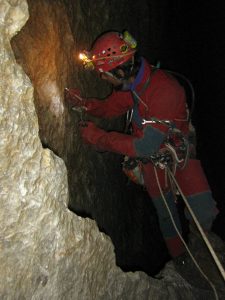 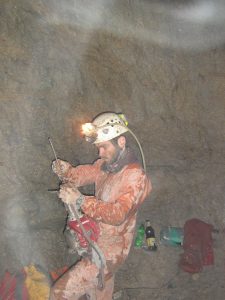 Preparing to climb with a tailor made drill Maja Arapit 2010